African traditional values determine the roles of men and women in the society and by implication restrict women from family life and exempt them from public service and productive activities that engender development. Over the years, Africa has tried to facilitate economic growth but seems far from attaining the 2015 Millennium Development Goals (MDG). A major impediment to sustainable development remains its reluctance to confront the menace of gender inequality and deterrents to women empowerment. The study utilizes liberal theory of gender to broaden the intellectual exposition on feminism and the attempt to strengthen women capacity as instrument of development in the region. In the light of this, the study examines a series of African cultures that incapacitate women attempts to accept responsibilities in public domain and professional endeavour in selected African countries. The study found that many African traditional values are antithetical to women empowerment, curtail their education and political participation, and constitute impediments to the region’s effort at achieving MDG.. The unproductive lifestyle of African women, attributed to cultural restraints, has worsened the plight of the already downwardly mobile masses. The study concludes by reiterating the urgent need for policy makers, national government and womenfolk to accept only those African values that conform to global drives for the realization of MDG and abolish those harmful to women’s participation in decision-making and developmental activities. 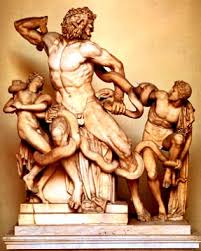