Acid phosphatase (AcPase) (EC 3.1.3.2) is a ubiquitous lysosomal enzyme that hydrolyzes phosphate esters at an acid pH and therefore, plays critical role in plant development and growth. AcPase from seeds of Erythrina indica, a leguminous plant, was extracted and purified 61 folds to apparent electrophoretic homogeneity in 5 purification steps which involved; ammonium sulphate fractionation, ConA-seralose 4B, acidification to pH 5 and finally DEAE-cellulose.  The native molecular weight of the enzyme as estimated by calibrated gelfiltration was 89kDa while 38 and 42kDa were obtained for subunits under reduced denatured SDS-PAGE conditions. AcPase had a broad pH optima from 4.5 to 5.5 with a maxima centered at around pH 5. The enzyme, as well, had a wide range of temperature optima ranging from 30 ͦ C to 55 ͦ C. AcPase activity was totally inhibited with Zn++, while 80% increase in activity was noticed in the presence of Cu++. The enzyme kinetics data, km and Vmax values, for hydrolysis of p-nitrophenyl phosphate were 3.3 and 13, respectively. AcPase was present in at least three isoforms, had a glycoprotein nature with mannose as terminal putative sugar. 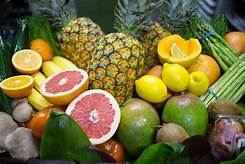