Invasion of Iraq: Introspective Analysis of Us Long Term Foreign Policy in the Middle East

A critical analysis of the available accounts given about the United Sates (US) and United Kingdom (UK) – Iraq war (This was actually not a war but deliberate invasion) reveals a very cleverly calculated and planned strategy. The US and UK knew well in advance that Saddam Hussein had no weapons of mass destruction (WMD) (If Saddam Hussein had WMD then US and UK might have given him during Iran-Iraq war which they deliberately refused to tell the world. This was a possible revelation for their insistence that Saddam Hussein had WMD). The unilateral decision taken by US and UK to wage this brutal and senseless war against Iraq killing millions of innocent Iraqis, destroying built infrastructure and plunging the country into perpetual absolute chaos is worth an account. In this empirical literature review research paper an analysis of Iraq invasion is provided to inform the world about the pre-meditated intentions of US and UK to unilaterally wage war on Iraq despite UN and worldwide protests. 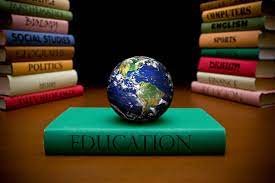