In recent years, an important objective of world farmers has been to enhance the use of alternative protein sources, preferably from local feedstuffs. In order to an experiment was carried out to study on nutritional manipulation of the saturated fatty acid (SFA) composition of lamb meat to reduce the concentration of SFA in meat from lambs fed legume grains and to raise the concentration of the hypocholesterolemic FA. Forty-two female hybrid lambs were divided into seven groups after weaning at about 60 days of age. The diets of the seven groups differed in the protein source used in the concentrate, soybean meal group (SBM), bitter vetch group (BV), common vetch group (CV) and chickling vetch group (CLV). Lambs were fed ad libitum and slaughtered at about 145 days of age. There were no differences in growth or carcass characteristics among the dietaries. The CV and CLV diets had higher contents of the two essential fatty acids, linoleic and linolenic compared to the BV and SBM diets. However, the total percentage of sum of these two fatty acids was ranged for the seven diets from 56.6 g to 57.05g /100 g of FA methylesters. The FA most abundant in the meat from all legume groups was oleic acid, the amounts of which were significantly (P<0.01) different between treatments. The linolenic acid was higher (P<0.01) in meat from CV lambs than in meat from SBM, BV and CLV animals. The provision of modest amounts of grain is more conducive to the oleic acid synthesis rather than high levels of grain. In conclusion the use of legume seeds such as BV, CV and CLV in lamb diets positively affected intramuscular fatty acid composition. 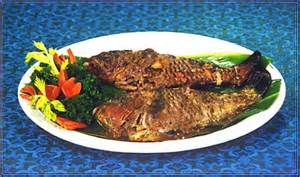