The Geology and Geotourism Potential of the Mayes Water Fall, North Central Nigeria

1Department of Geology and Mining, University of Jos, Jos-Nigeria.

Detailed geological mapping was carried out on some parts of the Sha-Kaleri Younger Granite Complex which lies between latitudes 090 3.51N and 090 8.51N and longitudes 080 431E and 080 451E and forms part of Kurra Sheet 189SW. The area designated for the research project is underlain by the Basement Complex in the western part and extends to the southeastern part of the study area. These Basement Complex rocks were emplaced during the Pan African Orogeny before the Jurassic Younger Granites intruded through peripheral ring structures. Within the confines of the research project the gabbros are well represented occurring within the migmatite-gneiss of the Basement Complex and along river channels. They also occur as dykes intruding the Basement Complex. This depicts the end of the Pan-African Orogeny as they cross-cut the Basement Complex. Petrographic examination and laboratory assay showed the presence of the dominant rock forming minerals which include plagioclase and alkali feldspars, quartz, biotite and olivine as observed within the field of view under a polarized light when plane and crossed. Structural study carried out within the confines of the project area reveal the presence of dykes, veins, foliations, xenoliths and joints. The field tectonic studies and analyses of these structures were simply descriptive, that is done as a sequence of recognizing and describing their attitudes which are essentially defined by strike and dip. With the use of a circular histogram which displays directional data a consistent dominant structural trend of NE-SW was envisaged. Geologically, this essentially suggests that all the rocks underwent a uniform post emplacement tectonic episode as revealed from the relationship to other processes and geologic history of the project area. The geotourism potentials of the study area as keenly observed show the presence of a colossal waterfall known as the Mayes water fall, captivating hills, scenic environment and an alluring vegetation which can be developed into a tourism haven. 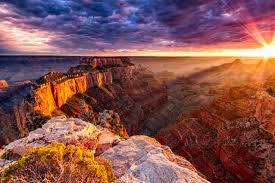