Politics is almost everywhere a male-oriented, male-dominated enterprise. Even though women in most countries have been in all legal respects politically equal to men for over forty years, sex differences in political participation are enormous. This study therefore sort to assess the “factors influencing women participation in political leadership” a case of Kimilili Constituency of Bungoma County. This study highlights the deep- seated culture that define women primarily as wives and mothers, with electoral politics seen as an appropriate activity for men, but less so for women. The project has explored the ways in which gender roles hindered the supply of, and demand for, women in the politics of Kenya moreover Kimilili constituency. It has also discussed how lack of finances, low women educational level and political factors influenced women's political participation in Kenya and moreover Kimilili.The study found out that women in Kimilili constituency are ignorant of their rights and moreover patriarchal system is still a hindrance of women participation in political leadership. Due to social-cultural, economic, education and political factors, found to influence women participation in political leadership in Kimilili Constituency the researcher recommended that changing culture to suit the political needs of women would be a very challenging option to carry forward in Kimilili. It is not an issue which is solvable overnight; hence women’s participation in politics should be actively pursued by women. The Kenyan system has provided opportunities for women to show their capabilities. It is not the changing of culture; however, it is how one uses the available opportunities to be visible in eyes and ears of the chiefs, elders and heads of families. One has to use the opportunities given by culture to have an effect and inform changes to culture. The interest to carry out this research was prompted by the fact that participation in politics is a way of life for all human beings regardless of their gender, religion, class or ethnic background, however politics has predominantly been dominated by the male, despite the fact that women form a big percentage of the population and are the majority of voters in Kimilili Constituency.It’s so amazing that Kenya moreover Kimilili has potential women who can be leaders or even presidents of this country Kenya, but they aren’t, the question is why? Therefore, this formed the need for this research. The research was conducted using a descriptive survey research design and the data was collected using interview guide where five women aspirants and six key informants were interviewed,questionnaires were also employed on men and women in eight wards of Kimilili constituency selected through purposive sampling and proportionate stratified sampling technique from the accessible population. It was analyzed using SPSS and presented in tables.  The hypothesis was tested using Pearson Chi-square at 95% level of confidence. Pilot study was conducted using test re-test method to test the viability and reliability of the questionnaire administered. 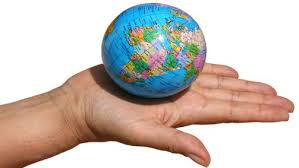