If you are looking for, you can find endemic bla-VIM gene microorganisms, in Children's Hospitals

Background: Time-trend of VIM carbapenemase-producing microorganisms in a tertiary children's hospital during two years, as well as the preventive measures taken in place, are been described. Methods: Epidemiological surveillance for these microorganisms was performed in two ways: a) systematically, (weekly screening cultures taken from all children admitted to the two ICUs, or every 15 days for Oncology and Transplants Services; b) via clinical cultures done if infection was suspected, or (at admission) if the patient had a previous colonization history of VIM microorganisms. The bundles recommended for control of the VIM strains were adapted from those described in CDC 2012. The evaluation of the environment resistance and susceptibility to antiseptics or disinfectants were implemented using standard germ-carriers. Results: These VIM microorganisms survive 35 days on germ-carriers in dry conditions.  They were susceptible to alcohol and moderately resistant to diluted quaternary ammonium. The incidence of VIM cases was 0.9% (2012) to 0.77% (2013), but the prevalence was higher, similar to an endemic situation. VIM microorganisms show a very temporal, geographical and etiological dispersion (K. pneumoniae, E. coli, P. aeruginosa and Citrobacter). Most of the 137 incident cases detected were colonization (75%, but in  neonates this increases to 90%).  Control measures for these microorganisms were better followed in neonates- ICU (their incidence dropped from 5.3% to 1.9%) than in the rest of hospital (0.6% and 0.7% respectively) in the same period. Conclusions: -There were temporal, geographical and etiological dispersion of VIM microorganisms. -Generally only produced colonization- These difficulties originated that the indicated control measures are not totally met. -Consequently, VIM-microorganisms have become endemic in our hospital. 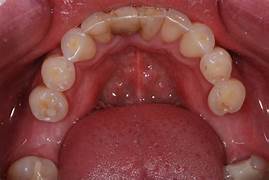