The main objective of this study was to optimize the conditions for protease production by Aspergillus niger under solid state fermentation using locally available agricultural substrates. Fifty one fungal isolates were recovered from different sources. The isolates have shown typical A. niger characteristics and they were screened for the production of protease enzyme. Screening was done qualitatively using the Agar Plate Assay and the isolates that gave the widest hydrolysis zone diameters were quantitatively screened in submerged culture using the shake flask method. A.niger isolate that showed the highest production value in the shake flask assay was tested for protease production potential in solid state fermentation using five different agro-waste substrates moistened either with water or with a salt solution. The culture conditions that affect production capacity were then investigated. Results showed that 30 of the fungal isolates have shown typical A.niger characteristics. Of these, 16 have shown clear zones of casein hydrolysis on skimmed milk agar. The maximum activity of the produced protease (15.42U/ml) was recorded for isolate NAF6ii while the minimum (6.45U/ml) was recorded for isolate NAF7i. Therefore, A.niger isolate NAF6ii has been selected for production of protease by solid state fermentation using the five agro-materials as substrates. NAF6ii recorded the maximum protease activity (12.60U/ml) when Mesquite (Prosopis juliflora) fruit powder has been moisturized either with salt solution or with water (11.46U/ml). Results also showed that the optimum conditions for protease enzyme production were: 3.0% of spores’ inoculum (16.80U/ml), pH 7.0 (18.19U/ml), 5.0% of NH4NO3 as a nitrogen source (13.28U/ml), 3.0% of fructose as a carbon source (11.38U/ml) during 96hrs incubation period. These results indicate the potentiality of this fungus as a source for protease production. In addition, the proteases produced from the treatment of local agro-waste could be used in a variety of industrial applications. 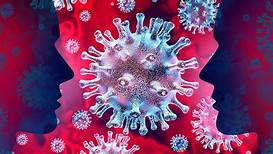