Feminism and the dilemma of solidarity
Khadijah Bawazeer

This article shows that solidarity, a primarily positive force, creates a dialectic dilemma. It is based, a priori, on the notions of linking and strengthening but unless it is wisely employed it risks creating unnecessary divisions between various groups of people and their collective memories, which results in weakening them. I focus on the positive outcomes of solidarity then I discuss the divisions it can possibly create in today's global world emphasizing those affecting feminism. On the one hand, solidarity unites people from different places and walks of life and uncovers collective memories but it goes beyond the local. Subsequently one is not trapped in the amnesia created sometimes by the control of memory. Furthermore, it strengthens various creative groups by networking them with others who have the same interests. On the other hand, it sometimes diminishes identification with one's own collective memory, which constitutes her/ his roots, thus exposing a society or certain groups in it for decomposition strategies in which the more powerful wins. This is especially true in the case of women and feminism. Women, in the so- called underdeveloped countries, are presented with feminist models that come mainly from USA and Western Europe; and they are coerced into accepting these models as 'the ideal'. However, these models do not take into consideration the specificity of 'other' women's conditions and because they are imported as final models, they are not open for the classic process of reshaping and evolution.  Hence they could entrap solidarity rather than make it enabling. I suggest that the dialectic dilemma of solidarity can be resolved by rooting solidarity in local collective memories rather than negating them and by taking into consideration the concepts of scale and proportion. 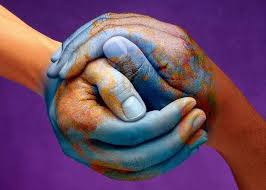