Peasant Farmers and Insecurity in the Country Side: Experiences of Market Gardeners in the South West and North West Regions of Cameroon

Cameroon is plagued with the problem of high insecurity today. The presence and manifestation of crime, conflicts and accidents during funeral celebrations amongst rural farmers involved in cashcrop production reflects the extent of the problem. With the advent of the economic crisis in Cameroon in the mid 1980s and decline in coffee production, Small farmers in the North West and South West Regions of Cameroon became involved in market gardening to improve on their welfare. Prosperity in market gardening led to improvement in the income level and status of many peasant farmers and a change in their lifestyles. Faced with these innovations, the rural population of the South West and North West Regions have been victims of insecurity in various forms. These include stealing of farm inputs, property and agricultural produce at homes, ware houses farmsteads and farmlands. Small farmers are also victims of arm robbery along farm to market roads and homes after the sale of farm produce. In the agricultural production process, many of these small farmers have been victims of land use conflicts that lead to insecurity, lost of human lives and property. Funeral celebration in Grassfields communities and the Western Region of Cameroon are cultural events often characterized by pump and pageantry marked by firing of guns. Prosperous and wealthy peasant farmers in the South West and North West Regions upon sale of farm produce, often buy, brandish and shoot expensive firearms during funerals as symbol of wealth. In several incidences these gunshot culture have led to lost of human lives and other casualties. In developing countries more than 80 percent of the active population in rural areas is involved in agriculture with over 40 percent affected by poverty. Many Small farmers do not have access to education. Security concerns in Cameroon are often centered on the urban settings where crime rate is high with little attention on rural areas and its population that guarantees our food security. This paper argues that in Cameroon crime and insecurity is on the increase in the country side and should be an issue of concern with reference to case studies of market gardeners in Lebialem and Santa areas of the South West and North West Regions of Cameroon. 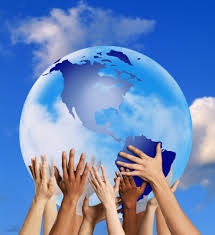