Effect of Combined Albendazole and Sutrim in Experimental Toxoplasmosis

This work is a trial to elucidate the prophylactic effect of a combination of a broad spectrum antihelmintic: Albendazole, and sutrim (Sulphame- thoxazole +Trimethoprin ) on experimental Toxoplasma gondű infection. A group of 20 female albino rats were infected orally with 50 toxoplasma trophozoites per rat. This group was further subdivided into four subgroups: subgroup I constituted infected control rats given 50 Toxoplasma trophozoites / rat orally, then sacrificed two months later. Subgroup II: animals infected with 50 Toxoplasma trophozoites/rat 24 hours after being treated with one third the dose of albendazole orally/rat (0.4 mgm). Sacrifice was done two months later. Subgroup III: Infected rats given the same infective dose 24 hours after being treated with combined Trimethoprim and Sulphamethoxazole 1.2mgm orally/rat. Sacrifice was done two months later. Subgroup IV: Infected rats with 50 trophozoites per rat, after being given half the doses of both drugs orally: 0.2 mgm Albendazole + 0.6 mgm sutrim (Sulphamethoxazole+ Trimethoprim). Again, animals were sacrificed two months post infection. In all animal treated groups, treatment was initiated 24 hours prior to infection. Parasitological count of the Toxoplasma organisms was done in Hx & Eosin and Giemsa stained brain and liver tissues. It was found that animals given the combination regimen revealed less parasite count in the liver and brain tissue (7.14+3.94) and (14.17+4.83) respectively, when compared to the infected untreated control group. Pathological staining of the liver and brain of these rats revealed diminution of the parasitic count in respect to the control infected untreated group (26.79+7.02) and (72.61+7.69) respectively . This study may be in value in endemic areas where drug resistance to the usual anti-Toxoplasma compounds may be commonly encountered. 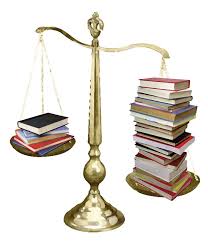