Power networks in Gaza Strip are complex systems that cannot be efficiently and securely operated without an energy management system. Electric power which is fed to Gaza Strip comes from three main sources: the Gaza Power Station, Israeli Electric Company, and Egyptian Power Company. In spite of the existence of these sources, the electric power in Gaza Strip is facing several problems: Non-optimal and unfair distribution of electric power to all consumers, the presence of significant losses on the distribution network, and the lack of monitoring and control systems that monitor the status of the network over the time. This paper proposes a new technique for the first time on the electric power network in Gaza Strip. This technique uses the Supervisory Control and Data Acquisition (SCADA) system that depends on the optimal power flow (OPF). The middle area of Gaza Strip is taken as a case study in this research to apply the proposed technique using SCADA. Then, a model is assembled and simulated and a comparison between mathematical and simulated result is performed where good results are obtained. 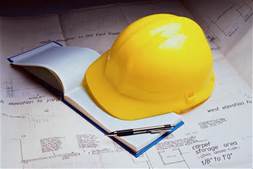